The Science of On-Camera Acting: with commentary by Dr. Paul Ekman (Paperback) 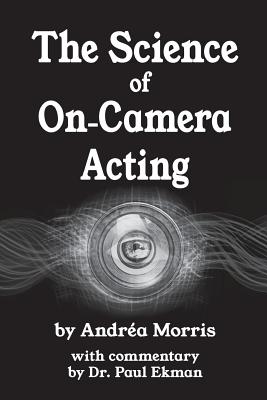 The Science of On-Camera Acting: with commentary by Dr. Paul Ekman (Paperback)

"One of the most technically focused on-camera manuals on the market... Morris looks at the neuroscience behind human emotions and what the camera actually captures--from the mechanics of dialogue, voice, and physicality, to discovering your own form of naturalistic acting." -Backstage.com

The Science of On-Camera Acting is a fusion of art, science, and on-set experience distilled into a working actor's guide for refining on-camera skills and creating memorable roles.

Listed by Time Magazine as one of the world's most influential psychologists, Dr. Paul Ekman shares recent discoveries in psychology and behavioral science that catalyzed this non-analytic approach for mastering naturalism, comedy, and complex character work in the short time actors have to prepare for auditions and bookings. These techniques keep actors out of their heads and grounded in the moment, in a creative flow, channeling impulse into standout performances.

Read The Science of On-Camera Acting before your next audition and find out why actors are calling it their "bible" for on-camera acting.