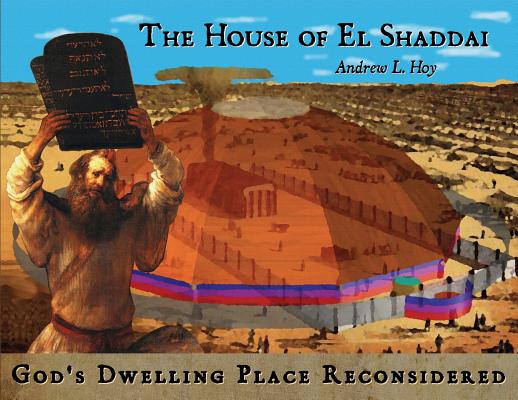 How was God's house created? At Mount Sinai, God gave Israel plans to build a special "Tabernacle" so that he might dwell among his people. Although the Exodus Tabernacle or "dwelling place" is thought of as a portable and temporary structure, the divine tent first erected in the Sinai wilderness remained in use for 480 years, outlasting both Solomon's Temple and the second Temple built by Zerubabel in Jerusalem.

After God's tent was lost to history, it seems that Moses' plans for God's house were similarly lost in translation. How so? Relying more upon on religious tradition than the original Exodus texts themselves, scholars imagine the beams, bars, curtains, and coverings to form a rectangular Tabernacle structure and courtyard barrier. However, in The House of El Shaddai, Tabernacle orthodoxy is seriously reconsidered in the light of recent discoveries made in the Hebrew Exodus texts. Contrary to tradition, Tabernacle construction begins with the understanding that the curtains are not joined on the long edges, but rather on the short and "outermost" edges. Trivial as this detail may seem, the resulting curtain arrangement and measurement ultimately reveals the Hebrews' tent featured a circular Tabernacle perimeter (boasting a circumference of 314 and diameter of 100 cubits), conveying π (PI) more accurately than known to any other ancient culture. Instead of being part of a bizarre four layer roof--as tradition also assumes--the curtain assembly is used to create fabric walls, which encircle an enormous domed yurt-like structure, which is likewise the logical outworking of the Tabernacle hardware rearrangement per literal Exodus texts.

With the help of hundreds of annotated high definition images and colorful diagrams, The House of El Shaddai demonstrates the cunning and divine design of the Tabernacle that has been "hidden in plain sight" in Moses' writings for scores of generations. Written for an English audience, The House of El Shaddai proves beyond a reasonable doubt how the long edges are the wrong edges, and why nearly every Bible translation made for thousands of years following the introduction of Septuagint has drifted off course based on the misinterpretation of a single verse.

See firsthand how plans for God's original Tabernacle come alive after being lost for scores of generations, revealing a massive tent towering perhaps six stories above the Israelite camp Rediscover the true house of worship that Moses described, and learn why the Tabernacle was only house of worship that God designed and designated to be his own "dwelling place".