The Front Line: Images of New Zealanders in the Second World War (Hardcover) 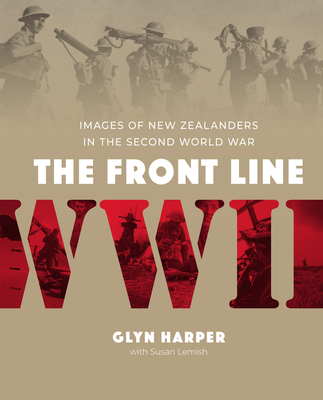 The Front Line: Images of New Zealanders in the Second World War (Hardcover)


Backordered
From the dust of the North African deserts and the slaughter in the skies over Europe to the war at sea and in the jungles of the Pacific, the 800 images in this landmark book show New Zealanders at war during the bloodiest conflict in human history.
Susan Lemish, originally from Melbourne, moved to New Zealand in 2001. For the past 20 years she has assisted Glyn Harper with the research and writing of many books. Glyn Harper is Professor of War Studies at Massey University in Palmerston North. In 1988, Glyn joined the Australian Army and later completed his PhD on the New Zealand commander Sir Howard Kippenberger at the University of New England. In 1996, Glyn transferred to the New Zealand Army where, as commanding officer of the Military Studies Institute, he rose to the rank of Lieutenant Colonel. Glyn was the Army’s official historian for the deployment to East Timor and is the best-selling author of more than 20 books for adults. He is also an award-winning author of books for children.