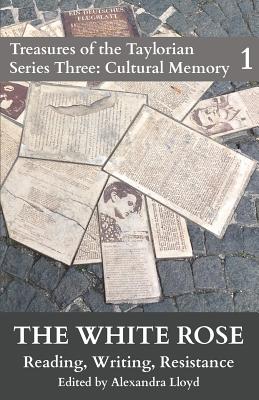 Between 1942 and 1943 the group wrote and disseminated six pamphlets calling on the German people to resist Nazism. On 18 February 1943 Hans and Sophie Scholl took copies of the sixth pamphlet to the Ludwig Maximilian University in Munich and deposited them around the atrium at the entrance of the main university building. They were spotted by a caretaker and detained. Their arrest followed, and on 22 February Hans and Sophie Scholl and Christoph Probst were sentenced to death and executed by guillotine just hours after the conclusion of their trial. Alexander Schmorell, Kurt Huber, and Willi Graf were subsequently arrested, tried, and sentenced to death on 19 April. Schmorell and Huber were executed three months later, on 13 July; Graf was executed on 12 October 1943.

This volume includes facsimiles of the pamphlets and transcriptions of the German alongside a new English translation. While there are many versions of the pamphlets in English, the translations included here are the result of a collaborative process (as is true of the original pamphlets) and were undertaken by undergraduate students at the University of Oxford as part of The White Rose Project, a research and outreach initiative telling the story of the White Rose in the UK. The student translators outline their approach in a Translators' Introduction.

In addition to the pamphlets, this volume presents five essays about the White Rose which explore in different ways influences on the group, and the influence they had on post-war German politics and culture. These essays are intended to offer short introductions to those for whom the White Rose is a new subject, and to provide fresh perspectives for those already familiar with the history. One of the most persistent questions asked about the members of the White Rose is: just what motivated them to resist Nazism? In 'At the Heart of the White Rose - Cultural and Religious Influences on the Munich Students' Paul Shrimpton explores the philosophical, religious, and literary influences on the group. Jakob Knab, in his essay 'Die Wei e Rose: Freedom of Conscience over Totalitarian Conformity', traces Hans Scholl's journey from Hitler Youth leader to spearhead of the resistance, examining the political and cultural encounters that lead him on this journey. In '"Deutsche Hörer " News of the White Rose on the BBC German Service', Emily Oliver examines the influence the White Rose may have had during the war by setting out news of the White Rose broadcast on the BBC German Service. Paul Yowell examines Sophie Scholl's interrogation by the Gestapo agent Robert Mohr as dramatized in Marc Rothemund's 2005 film Sophie Scholl - Die letzten Tage (Sophie Scholl - The Final Days, 2005). Finally, in 'Marc Rothemund's Sophie Scholl - Die letzten Tage (2005)', Elizabeth M. Ward explores the portrayal of resistance and the figure of Sophie Scholl in Rothemund's Sophie Scholl -- The Final Days. Questions are often asked about the extent to which the White Rose had an 'impact'. There has been criticism of their youthful impetuosity; some have questioned how much concrete change they really achieved. Hildegard Kronawitter, of the White Rose Foundation in Munich, addresses these points in her foreword to this book. This volume also includes the annotated catalogue for the exhibition 'The White Rose: Reading, Writing, Resistance' held at the Taylor Institution Library at the University of Oxford in October and November 2018.