The End of an Era: A Portrait of the Former Nova Scotian Town of Canso (Paperback) 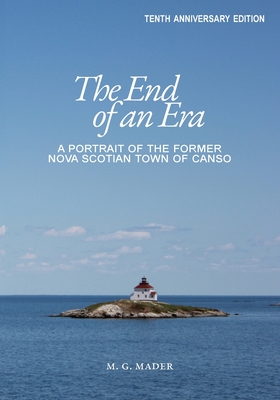 The End of an Era: A Portrait of the Former Nova Scotian Town of Canso (Paperback)

The End of an Era provides a glimpse into the former Nova Scotian Town of Canso in its final days as an independent municipality. With photographs taken in June 2012, just days prior to the town's dissolution, alongside insights from the author's discussions with the town's last mayor, this book takes the reader to a very specific time and place: Canso, June 2012.

The original edition was provided to those attending the Town Closing Ceremony in Canso in June 2012. This tenth anniversary edition includes updated text covering the past decade since the dissolution of the town, including the town's new status as a centre for the space exploration industry. This edition includes the original photographs from the 2012 edition published in colour for the first time. It is not only an interesting read, but a piece of Canso's history.