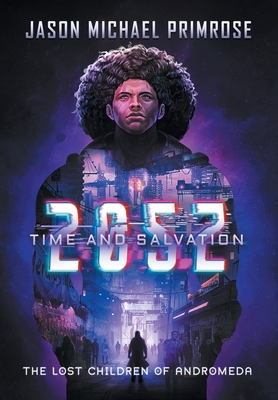 2052 is humanity's last year on Earth. Catastrophic disasters are tearing away at our world's infrastructure. Time is scarce. Freedom is delicate. The privileged few will be saved... The unlucky will be left behind. Allister Adams is a genetically advanced Evolutionary, and besides that, he's like most of the Omega Generation-unlucky, forgotten-waiting aimlessly for the Apocalypse Countdown clock of days, hours, and minutes to finally hit zero.

Until the clock strikes Day 215.

Allister unknowingly charges into a conflict older than he is-a cold war for salvation between two rival organizations: a government-sanctioned task force of Evolutionaries and a group of radical, stateless Evolutionaries, both in violent pursuit of the one thing that promises humanity's survival.

As Allister goes head-to-head with Evolutionaries on both sides, he must unravel the mysteries surrounding their key to survival, and master his power to retrieve it before the destruction they're trying to stop arrives.

Our journey begins with... The Arrival...