The Art of Giuseppe Rava (Hardcover) 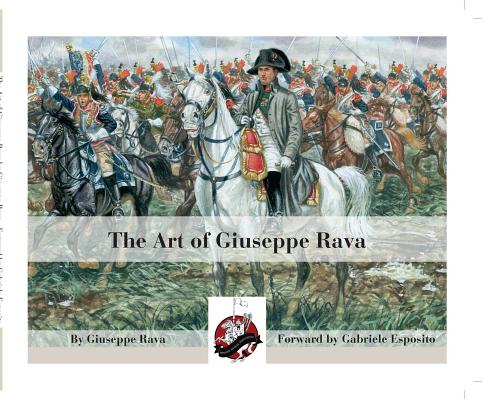 The Art of Giuseppe Rava (Hardcover)

Over 150 pages of art showcasing the talents of famed military artist Giuseppe Rava.  The full color book is organized by historical era
Giuseppe Rava was born in Faenza, Italy. Since he was a child, he loved history very much, especially military history. That mainly was due to the stories his father Tommaso told him about his experiences in the World War II. Instead, his passion for uniforms comes from his mother Giovanna, a tailor.

Giuseppe Rava expands his knowledge about history and warfare attending a wargame club. Thanks to dedicated books and magazines, he gets acquainted with military painters such as Detaille, Meissonier, De Neuville, Rochling, Ottenfeld and others. And he wished he could paint like them, some day. Self-taught, he was soon noticed by some publishers and he started with illustrating children's books. Now he usually works on historical subjects. Presently, Rava's illustrations are used by "ITALERI", "HAT INDUSTRIE", "HISTOIRE ET COLLECTIONS", "A CALL TO ARMS", "BACK FALCON PUBLICATION", "EDITRICE MILITARE ITALIANA", "ANDREA MINIATURES", "EMHAR".