The Post (Nelson's Men Series about the Korean War #1) (Paperback) 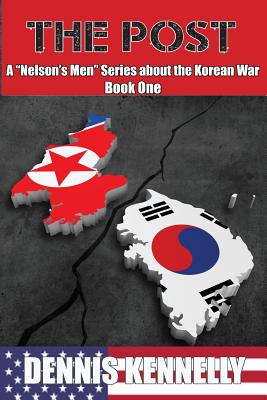 The Post (Nelson's Men Series about the Korean War #1) (Paperback)

It's three days before the invasion. North Korean divisions have been discovered moving close to the border by clandestine listening posts set up by Eighth Army's head of intelligence, Colonel Nelson.Anticipating Soviet aggression and a move to take over the entire country, these were established a year ago utilizing Ultra secret CIA equipment. Nelson wanted an early warning system and barring that, something that might slow down the invasion. The Post is the only fortified spy installation, built along the anticipated main line of attack at the entrance to Uijongbu Corridor, forty miles north of Seoul.General McArthur and America's politicians ignore Nelson's repeated warnings of an invasion. Roving North Korean agents are disrupting supply routes and gathering intelligence. At the last minute, help arrives to bolster the defense of the Post and support the secondary mission of delaying the advance. Action begins immediately and continues almost nonstop through the next six days as Colonel Nelson and his men try to forestall the collapse of South Korea. This is their story.