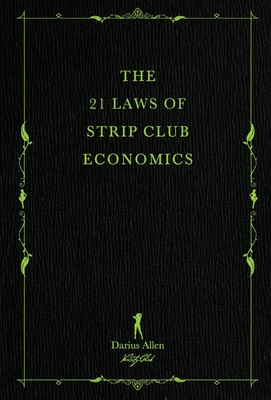 While most patrons strive to be strip club veterans, there are a chosen few who see beyond the bells and whistles and focus mainly on intrinsic value and getting the most Bang for their Buck. Those strategic and resourceful patrons are the economists of the jungle. And they have a Ph.D. in Strip Club Economics.

Written in the spirit of 18th-century political economist and philosopher, Adam Smith, who is dubbed the "Father of Modern Economics," Darius Allen aims to present the first comprehensive text on a field of study that is alive and bubbling, and extremely relevant in mainstream society.

Whether you acknowledge it or not, there is an ever-growing strip club culture. All you have to do is utter these three words, "Make It Rain," and watch the hands around you start flicking away. And although the strip club industry is evolving and expanding into new territories, the economy is still going strong like the relationship between a Regular (patron) and a Favorite (stripper). But as a discipline, it is undisclosed, unaccredited and shunned in the halls of academia--until now.

This one-of-a-kind book will intertwine the theories learned in the school of economics and the stripes earned in the jungles of the strip club industry--giving a new twist (and twerk) to the term 'Freakonomics'.

The 21 Laws of Strip Club Economics re-introduces and examines such economic theories and concepts, including:

Underground Economy and so much more...