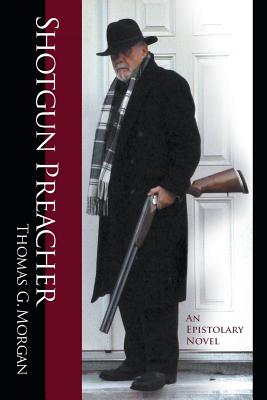 
Not On Our Shelves—Ships in 1-5 Days
If you enjoyed Pope Francis describe "Capitalism as Dung of the Devil" you will love reading Tom Morgan's Shotgun Preacher... A celebrated Lefty from the region of Debs and Dreiser barely escapes Indiana prison for subversives in the sixties to finish graduate school in the seventies - employment denied by all state and corporate entities except the Roman Catholic Church. A zealot's compromise with Rome in good historic company with Christ's early followers, he thought until the culture wars began. Expectations that black community militancy would lead the proletariat deferred locum tenens to liberal hysteria and gender politics demeaning fatherhood in so-called sexual liberation. He went country. Back to the land. A family farm to raise his children away from the fragmented dying culture. Spousal affection toward him as dashing revolutionary turned cold seeing him as rigid traditionalist. Compounded polarization in church. Previous social justice issues turn dysphoric in the divorce epidemic. Auto collision; wife children and protagonist, thrown through windshield. Divorce papers and job termination notice served him in traction in hospital. Advised the only way a father in 1980's Indiana could win custody of his children was to be a Methodist Minister. He became one accordingly. The convergent chaos of characters and culture formations toward his ministry would be radically understated as "a disturbance in Church.