The Self Does Not Die: Verified Paranormal Phenomena from Near-Death Experiences (Paperback) 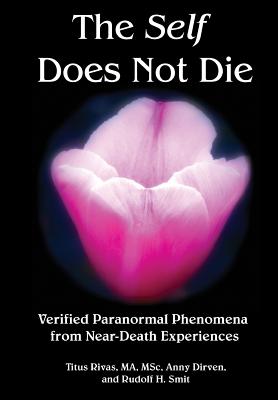 The Self Does Not Die: Verified Paranormal Phenomena from Near-Death Experiences (Paperback)

Are near-death experiences (NDEs) just elaborate hallucinations produced by a dying brain? Or the exuberant fantasies of attention-seeking narcissists? As the accounts in this book abundantly demonstrate: Neither

This book contains over 100 reliable, often firsthand accounts of perceptions during NDEs that were later verified as accurate by independent sources. These near-death experiencers were everyday people from all over the world-many of whom were clinically dead, unable to see or hear, and yet able to perceive new vistas of a world beyond the senses and even beyond death.

The Self Does Not Die is a trailblazing effort to present the most confirmed cases of consciousness beyond death ever compiled. In these cases, the authors have gone back to the original sources, the people involved in each case, whenever possible, rather than relying on secondhand sources. In so doing, they have assembled a unique collection of empirical data that any scholar worthy of the name must take into account.

By carefully studying and describing many convincing and corroborated cases, during cardiac arrest and other cases, the authors conclude that there are good reasons to assume that our consciousness does not always coincide with the functioning of our brain: Enhanced consciousness can sometimes be experienced separately from the body.

This book is a must read for anyone wanting to know more about this fascinating subject with its implications about the very nature of human consciousness and its survival of physical death. It has the potential to radically change the currently still widely accepted materialist paradigm in science.

Titus Rivas (born 1964) wears many hats: theoretical psychologist, philosopher, parapsychological researcher, and writer of books and articles, in both Dutch and English. Published subjects include parapsychological research, reincarnation, life after death, spirits with and without bodies, and near-death experiences. Co-founder of Athanasia Foundation, a nonprofit to investigate survival after death, reincarnation and spiritual evolution, Rivas continues to pursue his interests in parapsychology and philosophy also by instructing home-study courses for the National Business Academy in Panningen, Netherlands. Anny Dirven (1935-2016), who was paranormally gifted, was active for years as a general assistant and researcher affiliated with the Athanasia Foundation, often working together with Titus Rivas. Dirven came to know Rivas by way of the parapsychology course he teaches for the National Business Academy. Together, Dirven and Rivas produced many parapsychological and philosophical articles and books, some of which she coauthored. They were particularly proud of two books in Dutch, Vincent, Karim and Danny and From and to the Light. Dirven was a mother, grandmother, and great-grandmother. She spent most of her life in Budel, Netherlands. Rudolf H. Smit (born 1942) is the author of books and articles in both English and Dutch on subjects ranging from photography to near-death experiences to computer programming. Former editor of the Dutch photographic monthly Foto and the British Astrological Association's scientific journal Correlation, Smit is the current editor of the Dutch quarterly Terugkeer (Return), published by the Network for Near-Death Experiences (Netwerk NDE), the Dutch affiliate of the International Association for Near-Death Studies (IANDS). Interested in promoting critical research in the field of astrology, Smit also runs the internationally acclaimed Astrology and Science website. When not writing, he enjoys retired life with his wife, Miny, in the Netherlands.