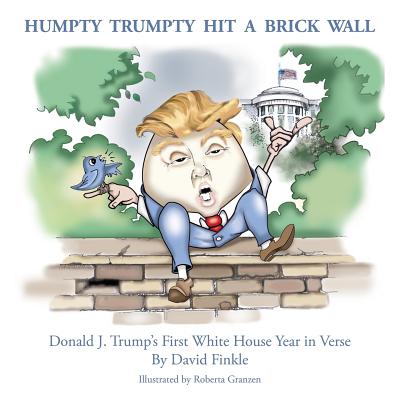 Depressed and defeated, facing the inauguration day of a new U.S. President he calls "flabbergastingly unfit for office", writer David Finkle put thought and pen to the internet and posted a series of opinion driven quatrains on Facebook. On day 2, still unable to climb out of his funk, Finkle wrote another, and another, and another, finding himself three hundred sixty-six days later with a new dose of acerbic wit and humor for every day of the year including an anniversary verse to complete the cycle.

In a world where the inflammatory nature of day-to-day politics has put people on edge, readers will find a reprieve while they laugh, grin, and occasionally weep their way through David Finkle's engaging rhythms and rhymes recalling some of the major characters in government and their ups and downs. Heads-of-state, chiefs-of-staff, senators, congress, the FBI and more are riffed wtih original, humorous illustrations headlining each month's collection.