The Law and Practice of the Ireland-Northern Ireland Protocol (Paperback) 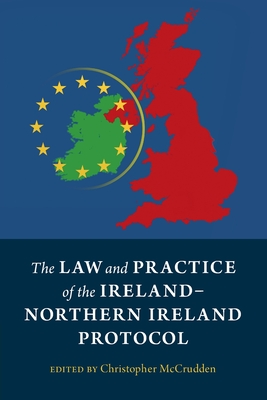 The Law and Practice of the Ireland-Northern Ireland Protocol (Paperback)


Not On Our Shelves—Ships in 1-5 Days
The Ireland-Northern Ireland Protocol, part of the Withdrawal Agreement concluded between the European Union and the United Kingdom, is intended to address the difficult and complex impact of Brexit on the island of Ireland, North and South, and between Ireland and Great Britain. It has become an exceptionally important, if controversial, part of the new architecture that governs the relationship between the UK and the EU more generally, covering issues that range from trade flows to free movement, from North-South Co-operation to the protection of human rights, from customs arrangements to democratic oversight by the Northern Ireland Assembly. This edited collection offers insights from a wide array of academic experts and practitioners in each of the various areas of legal practice that the Protocol affects, providing a comprehensive examination of the Protocol in all its legal dimensions, drawing on international law, European Union Law, and domestic constitutional and public law. This title is also available as Open Access.