Finitude: The Psychology of Self and Time (Paperback) 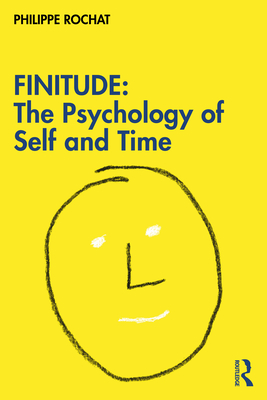 Finitude: The Psychology of Self and Time (Paperback)

Philippe Rochat's FINITUDE is a rumination on time and self-consciousness. It is built around the premise that finitude and separation form the human self-conscious reality of time. It argues that we need to reclaim time from current theories in physics that tend to debunk time as an illusion, or state that time simply does not exist.

This thought-provoking book considers how, from a human psychological and existential standpoint, time is very real. It examines how we make sense of such reality in human development and in comparison to other living creatures. The book explores how we represent time and live with it. It tries to capture the essence of time in our self-conscious mind. If we opt to live for as long as possible and knowing that it is going to end, how should we exist? FINITUDE contemplates this most serious psychological question. It considers the developmental origins of human subjectivity, the foundations of our sense of being alive and the explicit awareness of existing in finite time. It deals with how we live and represent our finite time, how we construe and archive in memory the events of our life, how we project ourselves into the future, and how we are all constrained to knowingly exist in finite time

Offering an overarching understanding of concepts, above and beyond the methodological details, this book will be an essential reading for all advanced students and researchers interested in the psychology of time, and the development of self.

Philippe Rochat is Professor of Psychology at Emory University and Director of the Emory Infant and Child Laboratory. An invited professor at various universities in France, Brazil and Denmark, he is a 2006-2007 Guggenheim Fellow and a 2014-2015 Fellow of the Institute of Advanced Studies in Paris, France. FINITUDE is his fifth book.