Cultivating the Renaissance: A Social History of the Medici Tuscan Villas (Paperback) 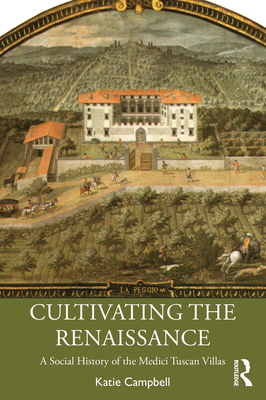 Cultivating the Renaissance: A Social History of the Medici Tuscan Villas (Paperback)

By exploring the evolution of the Medici family's villas, Cultivating the Renaissance charts the shifting politics, philosophy and aesthetics of the age and chronicles the rise of an extraordinary family from obscure farmers to European royalty.

From the fourteenth to the eighteenth century, the Medici family dominated European life. While promoting both arts and sciences, the Medici helped create a new style of architecture, present a new idea of villa life and promote the novel idea of living in harmony with nature. Used variously for pleasure and sports, scholarly and amorous liaisons, commercial enterprise and botanical experimentation, their villas both expressed and influenced contemporary ideas on politics, philosophy, art and design. Each patron's public interests and private passions, as well as the architects, artists and philosophers they employed, are examined. Through a chronological approach, this book reveals how the villas were used, their reception by contemporary commentators, their legacy and their current state five centuries after they were first built.

Lavishly illustrated, Cultivating the Renaissance is of great interest to students and scholars of architecture, horticulture, landscape history, philosophy, art and the history of the Renaissance in Italy.

Katie Campbell is a writer and garden historian. She leads art and garden tours, lectures widely and has taught at Birkbeck, Bristol and Buckingham universities. Her most recent book, British Gardens in Time, accompanied the BBC television series. Earlier books include Paradise of Exiles, Icons of Twentieth Century Landscape Design and Policies and Pleasances.