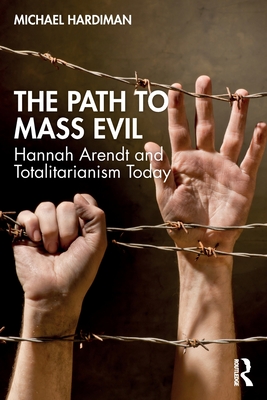 On the Southern border of the United States in 2018, the decision was made to implement a separation policy among refugees and migrant families arriving at the border - and so a group of government employees left their homes, bidding farewell to their families as they went to work, and began to separate hundreds of children from their families, forcefully taking them to holding centres. Developing Hannah Arendt's analysis of the banality of evil, The Path to Mass Evil demonstrates how the most educated, sophisticated and advanced societies in human history have the potential to descend into profound inhumanity and in the extreme can turn into enormous killing machines, implementing mass murder on a vast scale.

Suitable for undergraduates and graduates in philosophy, sociology, psychology and religion, Michael Hardiman reveals how traditional understandings of morality fail to grasp how ordinary citizens become collaborators and engage in a range of levels of evildoing. He also highlights the necessity of confronting this evil in the increasingly divided and antagonistic world in which we find ourselves today.

Michael Hardiman Ph.D. works as a psychologist and educator in the West of Ireland where he has over 30 years' experience in private counselling, training and development, while also presenting seminars and workshops nationwide to family centres and to adult education services.