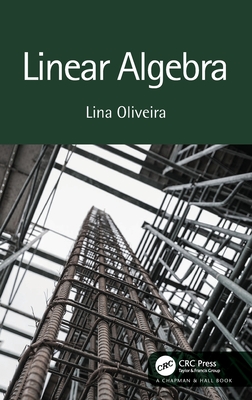 Linear Algebra is intended primarily as an undergraduate textbook but is written in such a way that it can also be a valuable resource for independent learning. The narrative of the book takes a matrix approach: the exposition is intertwined with matrices either as the main subject or as tools to explore the theory. Each chapter contains a description of its aims, a summary at the end of the chapter, exercises, and solutions. The reader is carefully guided through the theory and techniques presented which are outlined throughout in "How to..." text boxes. Common mistakes and pitfalls are also pointed out as one goes along.

Written to be self-contained Ideal as a primary textbook for an undergraduate course in linear algebra Applications of the general theory which are of interest to disciplines outside of mathematics, such as engineering
Lina Oliveira earned her DPhil in Mathematics from the University of Oxford, UK and is a faculty member of the Department of Mathematics of Instituto Superior T□ecnico, University of Lisbon, Portugal. She has taught several graduate and undergraduate courses at Instituto Superior T□ecnico where she regularly teaches Linear Algebra since 2001. Her research interests are in the areas of Functional Analysis, Operator Algebras and Operator Theory. She is currently the head of the Linear Algebra course at the portuguese Air Force Academy.