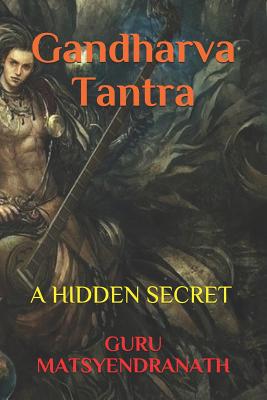 
Special Order—Subject to Availability
(This book cannot be returned.)
Gandharva Tantra is one of the very few Tantras available for us through practise. It is a great deal for Kula traditions and Achara's, There are different Tantra generally conversation between Shakti and Shiva, exploring the unknown art and secrets of both macrosome (Universe) microsome (Human body), It involves Techniques to Impress the Deities and various tools to perform to activate all chakras and encourages Non-Duality. Below is an excerpt from one of the famous Tantra's.A well-known saying in a describes the true "hero" (vira) to be, not him who is of great physical strength and prowess, the great eater and drinker, or man of powerful sexual energy, but him who has controlled his senses, is a truth-seeker, ever engaged in worship, and who has sacrificed lust and all other passions. (Jitendriyah satyavadi nityanushthanatatparah kamadi-validanashcha sa vira iti giyate.)A religious man should not speak of his own fame and prowess, of what has been told him in secret, nor of the good that he has done for others (56). A man of good name should not engage in any quarrel with an unworthy motive, nor when defeat is certain, nor with those who are superior or inferior to himself He should diligently earn knowledge, wealth, fame, and religious merit, and avoid all vicious habits, the company of the wicked, falsehood, and treachery (58)