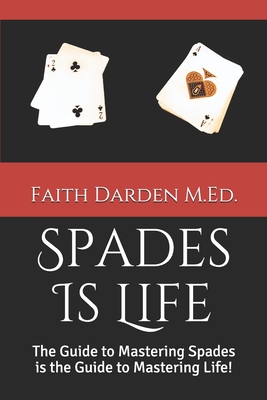 
Not On Our Shelves—Ships in 1-5 Days
(This book cannot be returned.)
Spades is a challenging game. There are so many rules to playing and winning, that they often have to be thoroughly discussed prior to beginning the game. Players must bring with them to the game, a skill-set which makes them desirable partners and players. Once the game begins, several things are simultaneously happening; deception exists in thoughts and actions, trust is heavily weighted and self-confidence is a game-changer, intuitive plans are being set, and judgements are being made.Life is much like the game of Spades. We can only play alone if we're playing with bots. We need people, good people in order to maximize winning potential. There are levels of players and levels of roles to be played. Paying attention to the elements of winning throughout the experiences or game, positions players most appropriately, to their most-likely victory. Welcome to the Spades is Life guide to Winning.