Born(e): A Mother and Daughter's Struggle for Life (Paperback) 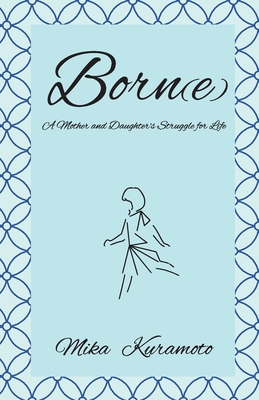 Born(e): A Mother and Daughter's Struggle for Life (Paperback)

When Mika Kuramoto gave birth to her firstborn daughter, Seri, in a New York hospital thousands of miles away from her native country, the hospital staff informed her that her daughter had been born with multiple disabilities, including the extremely rare bilateral anophthalmia. What came next was day after day of surgeries and examinations on Seri's eyes, nose, brain, and heart.

Rather than call for help from her relatives in Japan, she decided to stick it out in the U.S. and live as an immigrant. Life became a dark tunnel, and Mika fumbled her way forward sensing no imaginable end.

What is it to be a mother? To be family? To be myself?

Born(e) is the translated and adapted version of two bestselling novels which sold over 100,000 combined copies in Japan. It is a documentary on a girl living with severe disabilities, on a family living far away from the home they knew.