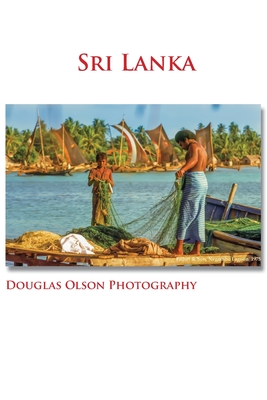 In 1975, I was in Sri Lanka on a photo assignment for The Tourist Board of Sri Lanka. Their 1976 calendar was on the agenda. I heard so many great things about Sri Lanka. I wasn't disappointed. They are a predominately Buddhist country. Buddhism was introduced by Venerable Mahinda, the son of the emperor Ashoka, during the reign of Sri Lanka's King Devanampiyatilla. According to legend, a tooth was taken from the Buddha as he lay on his funeral pyre. It was smuggled to Sri Lanka in 313 CE, hidden in the hair of Princess Hemamali, who fled the Hindu armies besieging her father's kingdom in India. The majority of the architectural ruins I photographed go back to this era.

There are beautiful local Buddhist shrines scattered throughout the country. The ancient frescoes of Sigiria, a rock fortress built by King Kassapa in 477- 495 CE, are a must-see if you travel to Sri Lanka.

The agricultural areas are fantastic; there are great photo opportunities everywhere -- from the terrace rice paddies to the tea plantation at Nuwara Eliya. There is an old hill club built by the British in the 19th century. It's kept much like it was then, complete with the old pool tables. One can only imagine what went on there

The Negombo's fish market and harbor were high on my photo list. I recently checked the internet and found only hotels and resorts. I imagine that most of these areas are gone now. Fruit and vegetable vendors were a staple of the villages; mini-malls and grocery stores didn't exist.

The Tissamaharama game reserve, which is next to Yala National Park, was an experience I shall never forget. We were in a jeep at sunset and happened to cross a lone elephant. It was startled by our presence and charged our jeep. I used my camera's motor drive and took a lot of photos. The ground shook, and the photos were mostly blurry. I prayed that the game warden knew what he was doing; he did. The elephant stopped four feet from the front bumper. The photographs were taken over a 10-day period in 1975. Since then the environment & Pollution has taken it's toll on the historic sites.

I am happy to have shared with you a look back in time.