The Raid on St. Nazaire (Paperback) 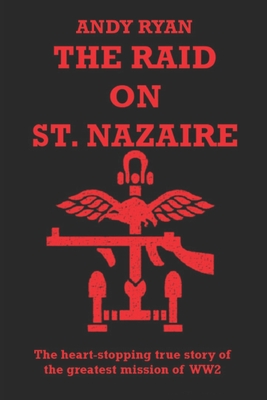 The Raid on St. Nazaire (Paperback)


Special Order—Subject to Availability
(This book cannot be returned.)
During WW2, St. Nazaire was the most strategically important naval facility in the whole of occupied Europe. It was vital to the Nazi war effort because it was the only place outside Germany where the mighty Tirpitz battleship could be repaired and refitted. Having such a base meant that this most powerful of warships could be unleashed into the North Atlantic to attack the vulnerable allied supply lines and win the war for the Nazis. Central to the drama was the enormous 'Normandie' dry dock. If the Germans could make use of the dock to repair and refit Tirpitz, then the whole balance of the war would be tipped in their favour. The Germans knew this and the British knew it too. The British Prime Minister, Winston Churchill, was determined that the Normandie dock be put out of commission. The plan was audacious and desperate in equal measure. No-one believed it could possibly work, yet the situation was so critical that it was put into effect.... On the night of 28th of March 1942 a small flotilla of mostly wooden boats sailed into the heavily defended Loire estuary to begin what was to become known as 'the greatest raid of all'.........Andy Ryan, author of 'Bravo Ten' recounts the extraordinary story of this most momentous of military operations and places the reader in the thick of the action............'The Raid on St. Nazaire' is the third in the 'They Who Dared' series by Andy Ryan.