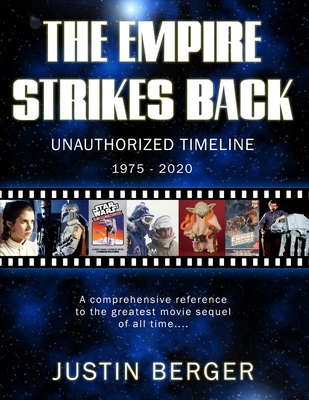 
Special Order—Subject to Availability
(This book cannot be returned.)
A year-by-year reference guide to the greatest movie sequel of all time. This unauthorized book contains the most comprehensive timeline of dates that have ever been assembled relating to the film 'Star Wars: The Empire Strikes Back.' From early concept art completed by Ralph McQuarrie in 1975 to the film's production schedule in 1979 all the way up to the 40th Anniversary of the original theatrical release date in 2020, this book gives the reader a chronological perspective on the making, marketing, and impact of the very first Star Wars sequel ever made. Inside you'll find a plethora of specific dates relating to film pre-production, theatrical releases, music, toys, books, comics, home video, television, promotional and marketing campaigns, business contracts, special events, and more Also included are photos taken by original Kenner photographer Kim D M Simmons shot exclusively for this book. This book has been compiled from a myriad of resources giving the reader a historical reference guide unlike no other. It is a must-have for every Star Wars fan's collection.