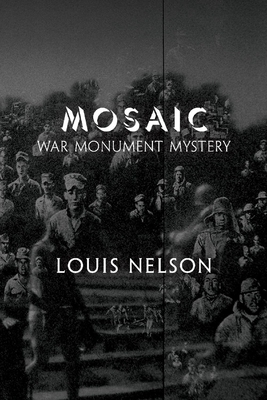 The Korean War is now America's seminal war. It was the first war conducted with the new United Nations, the first war fought against the Chinese Communists and the first war we didn't win. We've not had a win since 1945. Today, nuclear tensions between North Korea and the United States have heightened the uncertainty of of lives in America, the Pacific Rim and throughout the world.
I designed the mural wall at the Korean Veterans Memorial on the Mall in Washington DC; visited South Korea, talked to the people, lectured at the university and viewed the DMZ. Mosaic is my story about the Korean War today and its Memorial; a story of death, rescue and growth.

The last memorials we built were World War II and Martin Luther King Jr.—one commemorating a distant war, the other honoring a person who faced the war within ourselves. With all the challenges, life has been a chaotic path—fraught with the drama of the democratic process, not always pretty, as democracy is not always sweet. But oh so beautiful, so full of human error, travail and triumph.

This book examines how this war affected me and its veterans—then and now— leading to my design of its mural and a new addition. Here is a look into the uncertainty of this Nation's vulnerability and the stories few have known. Here are events of men and women, surrounding the commemoration of a great and nearly forgotten American war, with contributions from its neighbors, the Washington Monument and the Lincoln and Vietnam Memorials. Our need to remember hooks us to the core of what happened, to the essence of its participants, and prompts questions as to why.

Least remembered of all our wars, Korea is the "tipping point." It is the first
memorial dedicated to the service of the men and women in the war—not the leader or a president. The wall of faces and the statues of the soldiers, their eyes steady, bold and determined, facing towards the next battle, re-creates the moment and the space—one can almost hear the sound of that time.
A mid-century cease fire—Korea was forgotten as Sputnik beeped overhead and overlooked by a distracted America enjoying a growing standard-of-living as a Cold War grew. Korea is a memorial to the common soldier, standing alone at the right hand of Lincoln with Vietnam to his left, the three together honoring our leaders, remembering service by our citizens, and healing a divided nation by those whose future was taken from them.

On these pages are stories of the men and women, some hero's, a few devils. Frank Gaylord sculpted nineteen warriors, Richard Stilwell fought to his death to get them built and Rosemary McCarthy assured that women would be remembered in a memorial. Along this path, one man had created obstacles to impede building the Lincoln Memorial and another most unlikely man became the surprising champion of design quality as a national effort, insuring we would have a Lincoln Memorial. Not to forget the terror present in North Korea—a system run by a war mongering dictator in contrast to the South, a vital, working democracy where the results of the Korean War are more than apparent and not forgotten.

Louis Nelson, an industrial designer for more than fifty years,
touches our lives. He has influenced much of what we see and
hear, taste and smell . . .how we walk and talk, learn and feel.
He has studied America' s monuments and memorials for the last
forty years; spent five years designing the mural at the Korean War Veterans Memorial,
consulting with the sculptor and the creative team.

A visionary artist in diverse disciplines of strategic planning, storytelling,
film making, communications, graphics and industrial design;
enriched by boundless curiosity and a rare sensitivity to the world around him,
his career encompasses helping travelers find their way at America' s leading airports;
branding and identity programs for global corporations and start- ups;
and product development in the fields of mass transit, museums,
telecommunications, entertainment, construction and government.
He originated Nutrition Facts for the FDA and America' s food packages.

A visiting lecturer at Harvard University, Pratt Institute, Stockholm' s Konstfack University and Seoul' s Hongik University; Louis Nelson has been honored by virtually every significant design industry organization in the country and abroad, awarded Pratt Institute's Career Achievement Award, IDSA Industrial Design Excellent Award and nominee for the Smithsonian National Design Medal. All the above led him to MOSAIC, this story of War, Monuments & Mystery.

He lives in New York with his wife, the noted singer, author and performer, Judy Collins.