Public Practice, Private Law: An Essay on Love, Marriage, and the State (Hardcover) 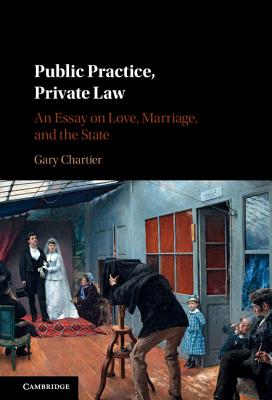 Public Practice, Private Law: An Essay on Love, Marriage, and the State (Hardcover)


Not On Our Shelves—Ships in 1-5 Days
Marriage is ordinarily a public practice, supported by, as well as supportive of, society. But it need not fall within the purview of the state. Public Practice, Private Law articulates a conception of marriage as a morally rich and important institution that ought to be subject to private rather than legislative or judicial ordering. It elaborates a robust understanding of marriage that captures what both different-sex and same-sex couples might see as valuable about their relationships. It explains why sexual ethics won't yield a normative model of marriage, and why the kind of marital love worth wanting, can. It goes on to show how an understanding of marriage as rooted in demanding commitments can allow for divorce before arguing that the state should cease to sponsor marriages. It concludes by suggesting that both state and non-state institutions should acknowledge the marriages of same-sex couples.