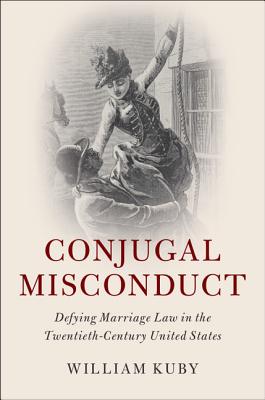 
Not On Our Shelves—Ships in 1-5 Days
Conjugal Misconduct reveals the hidden history of controversial and legally contested marital arrangements in twentieth-century America. William Kuby examines the experiences of couples in unconventional unions and the legal and cultural backlash generated by a wide array of "alternative" marriages. These include marriages established through personal advertisements and matchmaking bureaus, marriages that defied state eugenic regulations, hasty marriages between divorced persons, provisional and temporary unions referred to as "trial marriages," racial intermarriages, and a host of other unions that challenged sexual and marital norms. In illuminating the tensions between those who set marriage policies and those who defied them, Kuby offers a fresh account of marriage's contested history, arguing that although marital nonconformists composed only a small minority of the population, their atypical arrangements nonetheless shifted popular understandings of marriage and consistently refashioned the legal parameters of the institution.