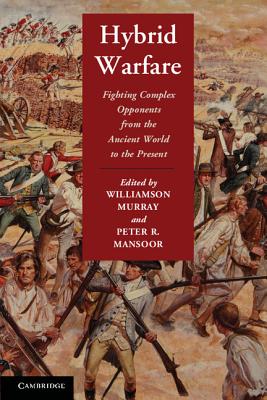 
Not On Our Shelves—Ships in 1-5 Days
Hybrid warfare has been an integral part of the historical landscape since the ancient world, but only recently have analysts incorrectly categorized these conflicts as unique. Great powers throughout history have confronted opponents who used a combination of regular and irregular forces to negate the advantage of the great powers' superior conventional military strength. As this study shows, hybrid wars are labor-intensive and long-term affairs; they are difficult struggles that defy the domestic logic of opinion polls and election cycles. Hybrid wars are also the most likely conflicts of the twenty-first century, as competitors use hybrid forces to wear down America's military capabilities in extended campaigns of exhaustion. Nine historical examples of hybrid warfare, from ancient Rome to the modern world, provide readers with context by clarifying the various aspects of conflicts and examining how great powers have dealt with them in the past.