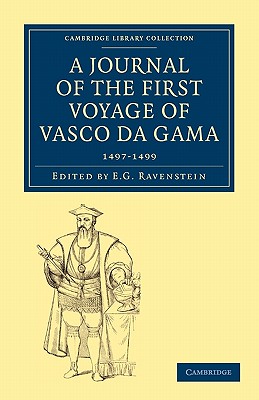 
Not On Our Shelves—Ships in 1-5 Days
(This book cannot be returned.)
The publications of the Hakluyt Society (founded in 1846) made available edited (and sometimes translated) early accounts of exploration. The first series, which ran from 1847 to 1899, consists of 100 books containing published or previously unpublished works by authors from Christopher Columbus to Sir Francis Drake, and covering voyages to the New World, to China and Japan, to Russia and to Africa and India. Vasco da Gama (c. 1460-1524) was a Portuguese explorer who commanded the first European expedition to sail directly to India. This voyage and his combination of force and diplomacy while in India was integral to Portugal's success as a colonising power in the early sixteenth century. Translated and edited by E. G. Ravenstein, this volume contains an anonymous journal which is the last surviving first-hand account of Vasco da Gama's historic voyage. Contemporary diplomatic reports concerning the voyage are also included in this book.