The True History of the Conquest of New Spain (Paperback) 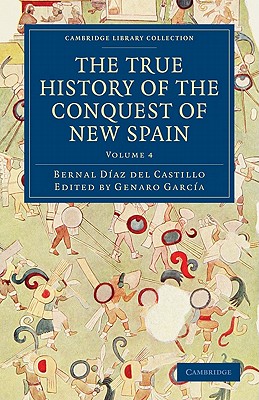 The True History of the Conquest of New Spain (Paperback)


Not On Our Shelves—Ships in 1-5 Days
(This book cannot be returned.)
Bernal D az del Castillo (1492-1584) was a foot soldier in the army of Mexico's conqueror Hern n Cort's, and participated in the campaigns that led to the fall of the Aztec empire in 1521. This 1928 translation of his journals derives from the 1904 edition by the Mexican historian Genaro Garc a - the first edition based on the original manuscript. Written as a corrective to accounts that overemphasised Cort s' exploits, D az's epic includes the experiences of the common soldier: hardship, thirst, long marches and unexpected attacks by rebels. The most complete contemporary chronicle of the Mexican conquest, this important historical document is also a captivating adventure narrative that combines factual accuracy with many dramatic anecdotes. This volume, containing chapters 137-173, describes the fall of Mexico. An appendix prepared by the editor provides a timeline of the 1521 siege based on both D az's and Cort s' accounts of the event.