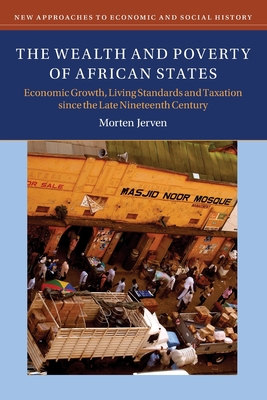 
Not On Our Shelves—Ships in 1-5 Days
A wealth of new data have been unearthed in recent years on African economic growth, wages, living standards, and taxes. In The Wealth and Poverty of African States, Morten Jerven shows how these findings transform our understanding of African economic development. He focuses on the central themes and questions that these state records can answer, tracing how African states evolved over time and the historical footprint they have left behind. By connecting the history of the colonial and postcolonial periods, he reveals an aggregate pattern of long-run growth from the late nineteenth century into the 1970s, giving way to widespread failure and decline in the 1980s, and then followed by two decades of expansion since the late 1990s. The result is a new framework for understanding the causes of poverty and wealth and the trajectories of economic growth and state development in Africa across the twentieth century.