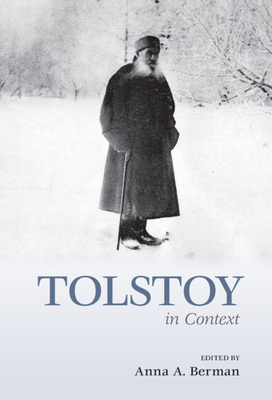 By Anna A. Berman (Editor)


Not On Our Shelves—Ships in 1-5 Days
Likened to a second Tsar in Russia and attaining prophet-like status around the globe, Tolstoy made an impact on literature and the arts, religion, philosophy, and politics. His novels and stories both responded to and helped to reshape the European and Russian literary traditions. His non-fiction incensed readers and drew a massive following, making Tolstoy an important religious force as well as a stubborn polemicist in many fields. Through his involvement with Gandhi and the Indian independence movement, his aid in relocating the Doukhobors to Canada, his correspondence with American abolitionists and his polemics with scientists in the periodical press, Tolstoy engaged a vast array of national and international contexts of his time in his life and thought. This volume introduces those contexts and situates Tolstoy--the man and the writer--in the rich and tumultuous period in which his intellectual and creative output came to fruition.