Build the Swing of a Lifetime: The Four-Step Approach to a More Efficient Swing (Hardcover) 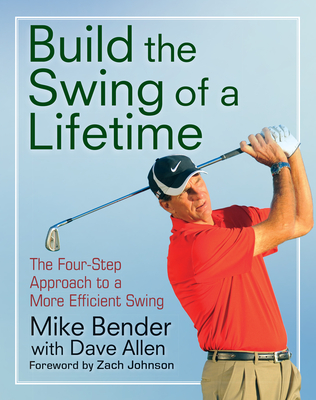 Build the Swing of a Lifetime: The Four-Step Approach to a More Efficient Swing (Hardcover)


Not On Our Shelves—Ships in 1-5 Days
From one of Golf Digest's Top 5 teachers--a simple, scientific program to build a great swing

Most golf instruction is based on helping students emulate the best players, but for top golf teacher Mike Bender, physics provides a better model for developing a swing that is as efficient, consistent, and timeless as that of Iron Byron, the PGA robot that tests clubs and balls. Now Mike Bender shows you how to put the secrets of science into your own swing with a simple, proven program that will take your play to a different level and transform your approach to the game.

Mike Bender is one of Golf Digest's 50 Best Teachers in America (ranked 4th) and one of Golf Magazine's Top 100 Teachers. The 2009 PGA National Teacher of the Year, Bender has coached more than two-dozen Tour professionals, including 2007 Masters champion Zach Johnson. Before teaching full-time, he competed for three years on the PGA Tour and was a three-time NCAA All-American and two-time NCAA Division III individual champion.Dave Allen has spent more than a dozen years as an instruction writer/editor for Golf Magazine, Golf for Women magazine, and GolfChannel.com. He has cowritten several golf books, including Play Golf the Pebble Beach Way and Golf Annika's Way.