Swift in the Cloud (Paperback) 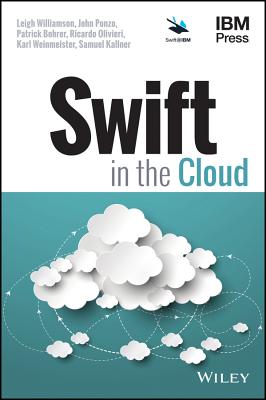 Swift in the Cloud (Paperback)

Since Apple introduced the Swift language in 2014, it has become one of the most rapidly adopted computer programming languages in history--and now you too can start benefitting from using the same programming language for all components of a scalable, robust business software solution.

Whether you are already using Swift to build mobile applications or a seasoned web developer, Swift in the Cloud will help you leverage server-side Swift to power your next generation of applications.

LEIGH WILLIAMSON is a technical leader in the IBM Cloud team who aids clients with cloud computing strategy and execution. JOHN PONZO is an IBM Fellow and the primary technical collaborator between Apple and IBM in refining Swift for both mobile client and cloud services development. PATRICK BOHRER is technical lead for IBM's global efforts around Swift@IBM Engineering. RICARDO OLIVIERI is an expert in the adoption of the Swift language on the server and the IBM cloud. KARL WEINMEISTER helped extend Swift from its mobile roots to become a full-stack language ecosystem. SAMUEL KALLNER is technical lead of the Kitura project at the IBM Research Lab in Haifa, Israel.