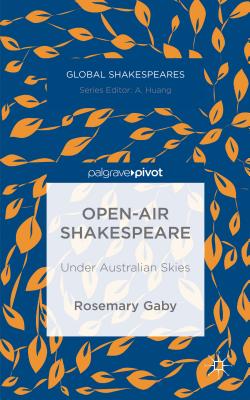 
Not On Our Shelves—Ships in 1-5 Days
Many people today first encounter staged Shakespeare in an open-air setting. This book traces the history of open-air Shakespeares in Australia to investigate why the anomaly of adapting 400-year old plays under Australian skies exerts such a strong appeal.
Rosemary Gaby is a senior lecturer in English at the University of Tasmania, Australia. She has published widely on Shakespeare in performance and is currently editing Henry IV, Part Two for the Internet Shakespeare Editions. She has completed an online edition of Henry IV, Part One for the ISE, and her print edition of the play was published in 2013.