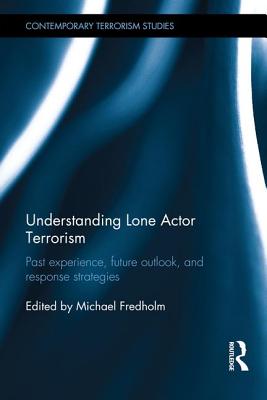 This volume examines the lone actor terrorist phenomenon, including the larger societal trends which may or may not have led to their acts of terrorism.

With lone actor terrorism becoming an increasingly common threat, the contributors to this volume aim to answer the following questions: What drives the actions of individuals who become lone actor terrorists? Are ideological and cultural issues key factors, or are personal psychological motives more useful in assessing the threat? Do lone actors evolve in a broader social context or are they primarily fixated loners? What response strategies are available to security services and law enforcement? What is the future outlook for this particular terrorist threat? Although these issues are frequently discussed, few books have taken a global perspective as their primary focus. While many books focus on lone actor terrorists in relation to terrorist groups, such as Al-Qaida and the Islamic State, few, if any, cover lone actors of all ideological backgrounds, including the variants of active shooters and malicious insiders in information security, such as Edward Snowden - with both of these latter categories constituting an important variant of lone actors. Utilising the expertise of academics and practitioners, the volume offers a valuable multidisciplinary perspective.

This book will be of much interest to students of terrorism and counter-terrorism, political violence, criminology, security studies and IR.

Michael Fredholm is an Historian and Military Analyst, currently affiliated to the Stockholm International Program for Central Asian Studies (SIPCAS), Sweden. He is author of several books, including, most recently, The Shanghai Cooperation Organization and Eurasian Geopolitics (2012).