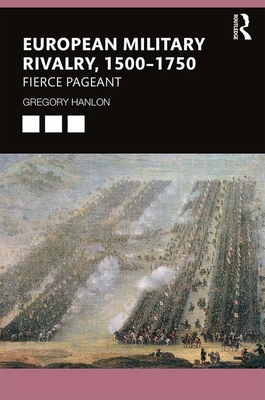 The book charts the increasing scale, expenditure and duration of early modern wars; the impact of modern fortification on strategy and the movement of armies; the incidence of guerrilla war and localized conflict typical of the French wars of religion; the recourse by warlords to private financing of troops and supplies; and the creation of disciplined standing armies and navies in the age of Absolutism, made possible by larger bureaucracies. In addition to discussing key events and personalities of military rivalry during this period, the book describes the operational mechanics of early modern warfare and the crucial role of taxation and state borrowing. The relationship between the Christian West and the Ottoman Empire is also extensively analysed.

Drawing heavily upon international scholarship over the past half-century, European Military Rivalry, 1500-1750: Fierce Pageant will be of great use to undergraduate students studying military history and early modern Europe.

Gregory Hanlon is a French-trained behavioural historian. His books include The Hero of Italy (2014), Italy 1636: Cemetery of Armies (2016), and Twilight of a Military Tradition: Italian aristocrats and European conflicts 1560-1800 (1998), winner of the Marraro Prize for Italian history.