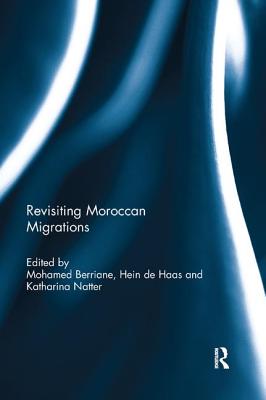 Over the 20th century, Morocco has become one of the world's major emigration countries. But since 2000, growing immigration and settlement of migrants from sub-Saharan Africa, the Middle East, and Europe confronts Morocco with an entirely new set of social, cultural, political and legal issues. This book explores how continued emigration and increasing immigration is transforming contemporary Moroccan society, with a particular emphasis on the way the Moroccan state is dealing with shifting migratory realities. The authors of this collective volume embark on a dialogue between theory and empirical research, showcasing how contemporary migration theories help understanding recent trends in Moroccan migration, and, vice-versa, how the specific Moroccan case enriches migration theory. This perspective helps to overcome the still predominant Western-centric research view that artificially divide the world into 'receiving' and 'sending' countries and largely disregards the dynamics of and experiences with migration in countries in the Global South. This book was previously published as a special issue of The Journal of North African Studies.

Mohamed Berriane is Professor at the Mohammed V University of Rabat (Morocco). His research interests include local and regional development issues, and the impact of tourism and Moroccans' international emigration on their regions of origin. Hein de Haas is Professor of Sociology at the University of Amsterdam, former co-director and research associate at the International Migration Institute (University of Oxford), and Honorary Professor in Migration and Development at Maastricht University. His most recent publication is The Age of Migration (2015). Katharina Natter is doctoral researcher at the Department of Sociology of the University of Amsterdam. Her work focusses on the role of the state in migration, focussing on Europe and North Africa.