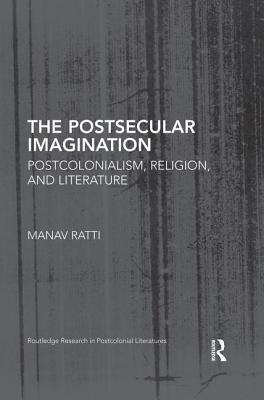 The Postsecular Imagination presents a rich, interdisciplinary study of postsecularism as an affirmational political possibility emerging through the potentials and limits of both secular and religious thought. While secularism and religion can foster inspiration and creativity, they also can be linked with violence, civil war, partition, majoritarianism, and communalism, especially within the framework of the nation-state. Through close readings of novels that engage with animism, Buddhism, Christianity, Hinduism, Islam, and Sikhism, Manav Ratti examines how questions of ethics and the need for faith, awe, wonder, and enchantment can find expression and significance in the wake of such crises.

While focusing on Michael Ondaatje and Salman Rushdie, Ratti addresses the work of several other writers as well, including Shauna Singh Baldwin, Mahasweta Devi, Amitav Ghosh, and Allan Sealy. Ratti shows the extent of courage and risk involved in the radical imagination of these postsecular works, examining how writers experiment with and gesture toward the compelling paradoxes of a non-secular secularism and a non-religious religion.

Drawing on South Asian Anglophone literatures and postcolonial theory, and situating itself within the most provocative contemporary debates in secularism and religion, The Postsecular Imagination will be important for readers interested in the relations among culture, literature, theory, and politics.

Manav Ratti completed his doctorate at Oxford University and is Assistant Professor of English at Salisbury University, USA. A recent faculty Fulbright Scholar at New York University, he is Fellow Designate at the Institute of Advanced Study at Jawaharlal Nehru University in New Delhi, India.