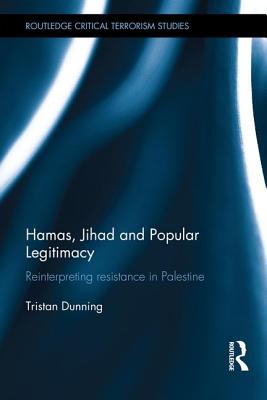 This book investigates the many faces of Hamas and examines its ongoing evolution as a resistance organisation in the context of the Israel/Palestine conflict.

Specifically, the work interrogates Hamas' interpretation, reinterpretation and application of the twin concepts of muqawama (resistance) and jihad (striving in the name of God). The text frames the movement's capacity to accrue popular legitimacy through its evolving resistance discourses, centred on the notion of jihad, and the practical applications thereof. Moving beyond the dominant security-orientated approaches to Hamas, the book investigates the malleable nature of both resistance and jihad including their social, symbolic, political and ideational applications. The diverse interpretations of these concepts allow Hamas to function as a comprehensive social movement. Where possible, this volume attempts to privilege first-order or experiential knowledge emanating from the movement itself, its political representatives, and the Palestinian population in general. Many of these accounts were collected by the author during fieldwork in the Middle East. Not only does this work present new primary data, but it also investigates a variety of contemporary empirical events related to Palestine and the Middle East. This book offers an alternative way of viewing the movement's popular legitimacy grounded in theoretical, empirical and ethnographic terms.

This book will be of much interest to students of Hamas, political violence, critical terrorism studies, Middle Eastern politics, security studies and IR in general.

Tristan Dunning is Honorary Research Fellow at the University of Queensland, Australia, and has a PhD in Political Science.