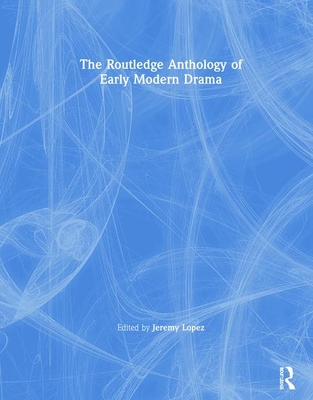 The Routledge Anthology of Early Modern Drama is the first new collection of the drama of Shakespeare's contemporaries in over a century.

This volume comprises seventeen accessible, thoroughly glossed, modernized play-texts, intermingling a wide range of unfamiliar works--including the anonymous Look About You, Massinger's The Picture, Heminge's The Fatal Contract, Heywood's The Four Prentices of London, and Greene's James IV--with more familiar works such as Marlowe's Doctor Faustus, Webster's The Duchess of Malfi, and Middleton's Women Beware Women. Each play is edited by a different leading scholar in the field of early modern studies, bringing specific expertise and context to the chosen play-text.

With an unprecedented variety of plays, and critical introductions that focus on the diversity and strangeness of different early modern approaches to the artistic and commercial enterprise of play-making, The Routledge Anthology of Early Modern Drama will offer vital new perspectives on early modern drama for scholars, students, and performers alike.

Jeremy Lopez is Professor of English at the University of Toronto. He is also the Editor of Shakespeare Quarterly, and the author of numerous books and essays on the drama of Shakespeare and his contemporaries.