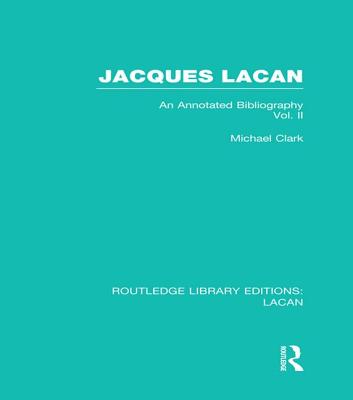 This bibliography in two volumes, originally published in 1988, lists and describes works by and about Jacques Lacan published in French, English, and seven other languages including Japanese and Russian. It incorporates and corrects where necessary all information from earlier published bibliographies of Lacan's work. Also included as background works are books and essays that discuss Lacan in the course of a more general study, as well as all relevant items in various bibliographic sources from many fields.