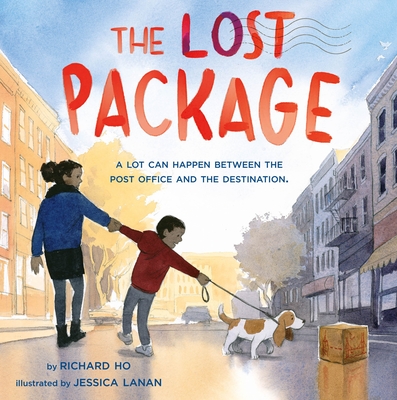 A Kirkus Best Picture Book of 2021

From author Richard Ho and illustrator Jessica Lanan, the heartwarming story of a package that gets lost, then found, and an in-depth behind-the-scenes look at what happens at the post office.

Like other packages, this one began as an empty box. It was packed with great care, sealed tight, and given a personal touch.

Like other packages, it left the post office with hope. But unlike most packages, before it got to its destination...

Follow one package that loses its way and discover a friendship tale that proves distance can't always keep us apart.

Richard Ho is a children’s book author who was once, himself, a child. He is a former journalist and educational scriptwriter who enjoys writing stories about science, culture, and the magic of everyday life. Red Rover is his first book for young readers.

Jessica Lanan has long been enchanted by the mysteries of the cosmos. Exoplanets are too far away for her to visit, but illustrating them is the next best thing. Jessica currently lives in her native state of Colorado with her husband, three-legged cat, and baby daughter, who was born during the making of Just Right: Searching for the Goldilocks Planet.

Jessica's illustrations can also be found in Finding Narnia: The Story of C. S. Lewis and His Brother Warnie.

A Kirkus Best Picture Book of 2021

* "The richness of the tale lies in subtly textured watercolor illustrations by Lanan (The Fisherman & the Whale), which poignantly portray a broad range of settings, from gritty urban streets shimmering with rain to snow-swept terrains to a desolate gas station."—Publishers Weekly, starred review

*"Both informative and inspiring, The Lost Package celebrates surprising connections that can happen when what's lost gets found."—Shelf Awareness, starred review