The City of Tears: A Novel (The Burning Chambers Series #2) (Paperback) 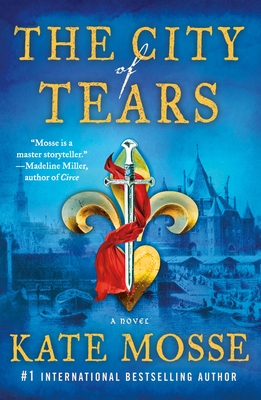 The City of Tears: A Novel (The Burning Chambers Series #2) (Paperback)

This is book number 2 in the The Burning Chambers Series series.

August 1572: Minou Joubert and her husband Piet travel to Paris to attend a royal wedding which, after a decade of religious wars, is intended to finally bring peace between the Catholics and the Huguenots.

Also in Paris is their oldest enemy, Vidal, in pursuit of an ancient relic that will change the course of history.

Within days of the marriage, thousands will lie dead in the street, and Minou’s family will be scattered to the four winds . . .

KATE MOSSE is a multiple New York Times and #1 internationally bestselling author with sales of more than eight million copies in thirty-eight languages. Her previous novels include Labyrinth, Sepulchre, The Winter Ghosts, Citadel, The Taxidermist’s Daughter, and The Burning Chambers. Kate is the founder director of the Women’s Prize for Fiction, a visiting professor at the University of Chichester, and in June 2013, was awarded an Officer of the Order of the British Empire for services to literature. She divides her time between Chichester in the United Kingdom and Carcassonne in France.

"Thrilled aplenty as readers await the next installment of this well-researched series."—Kirkus Reviews

"A saga of epic portions, The City of Tears by Kate Mosse is a brilliant, original, and inherently riveting historical novel by an author who supplements her impressive narrative storytelling style with a keen respect for historical detail."—Midwest Book Review

Praise for The Burning Chambers:

"For fans of juicy historical fiction, this one might just develop into their next obsession."—Entertainment Weekly
"[Mosse’s] plotting and pacing are impeccable. So is her ability to bring to life an extraordinarily complex conflict and era, as well as a vast cast of both fictional and historical figures. . . . [A] deeply satisfying, richly imagined novel."—The Washington Post

"Mosse is a master storyteller, balancing thrilling suspense with complex characters and a thoughtful exploration of a fascinating time in history. Her heroine Minou is a pleasure to root for: clever, loving, down-to-earth and courageous!"—Madeline Miller, #1 New York Times bestselling author of Circe

"This is historical fiction to devour. Nobody does it like Kate Mosse."—Anthony Horowitz, New York Times bestselling author of The Magpie Murders

"Oh, what a glorious novel. A masterly tour of history; a rapturous romance; and—best of all—a breathless thriller, alive with treachery, danger, atmosphere, and beauty. This book will transport you. Kate Mosse is that rarest of writers: a storyteller who breathes fresh life into vanished worlds." —A.J. Finn, #1 New York Times bestselling author of The Woman in the Widow