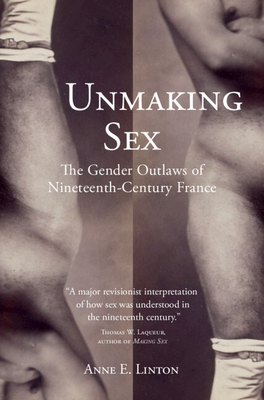 
Not On Our Shelves—Ships in 1-5 Days
During the nineteenth century, words like 'intersex' and 'trans' had not yet been invented to describe individuals whose bodies, or senses of self, conflicted with binary sex. But that does not mean that such people did not exist. In nineteenth-century France, case studies filled medical journals, high-profile trials captured headlines, and doctors staked their reputations on sex determinations only to have them later reversed by colleagues. While medical experts fought over what separated a man from a woman, novelists began to explore debates about binary sex and describe the experiences of gender-ambiguous characters. Anne Linton discusses over 200 newly-uncovered case studies while offering fresh readings of literature by several famous writers of the period, as well as long-overlooked popular fiction. This landmark contribution to the history of sexuality is the first book to examine intersex in both medicine and literature, sensitively relating historical 'hermaphrodism' to contemporary intersex activism and scholarship.