Churchill's Shadow: The Life and Afterlife of Winston Churchill (Hardcover) 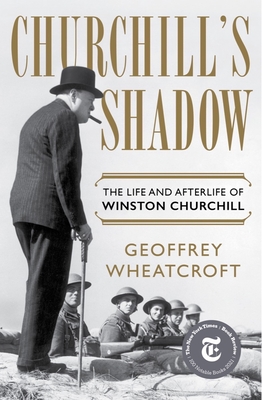 Churchill's Shadow: The Life and Afterlife of Winston Churchill (Hardcover)

A New York Times Notable Book of the Year

A major reassessment of Winston Churchill that examines his lasting influence in politics and culture.

Churchill is generally considered one of the greatest leaders of the twentieth century, if not the greatest of all, revered for his opposition to appeasement, his defiance in the face of German bombing of England, his political prowess, his deft aphorisms, and his memorable speeches. He became the savior of his country, as prime minister during the most perilous period in British history, World War II, and is now perhaps even more beloved in America than in England.

And yet Churchill was also very often in the wrong: he brazenly contradicted his own previous political stances, was a disastrous military strategist, and inspired dislike and distrust through much of his life. Before 1939 he doubted the efficacy of tank and submarine warfare, opposed the bombing of cities only to reverse his position, shamelessly exploited the researchers and ghostwriters who wrote much of the journalism and the books published so lucratively under his name, and had an inordinate fondness for alcohol that once found him drinking whisky before breakfast. When he was appointed to the cabinet for the first time in 1908, a perceptive journalist called him “the most interesting problem of personal speculation in English politics.” More than a hundred years later, he remains a source of adulation, as well as misunderstanding.

This revelatory new book takes on Churchill in his entirety, separating the man from the myth that he so carefully cultivated, and scrutinizing his legacy on both sides of the Atlantic. In effervescent prose, shot through with sly wit, Geoffrey Wheatcroft illuminates key moments and controversies in Churchill’s career—from the tragedy of Gallipoli, to his shocking imperialist and racist attitudes, dealings with Ireland, support for Zionism, and complicated engagement with European integration.

Charting the evolution and appropriation of Churchill’s reputation through to the present day, Churchill’s Shadow colorfully renders the nuance and complexity of this giant of modern politics.

Geoffrey Wheatcroft is an English journalist and the author of several books. As well as British newspapers, he writes frequently for the New York Review of Books, New York Times, and New Republic. He lives in Bath, England.
Few have argued the
case as powerfully as Wheatcroft.... [He] is a skilled prosecutor with a
rapier pen.... Wheatcroft’s could be the best single-volume indictment of
Churchill yet written.
— Peter Baker - New York Times Book Review

Trenchant.... Even
readers sick of Churchill will find much to enjoy, partly because Wheatcroft is
such a fluent and entertaining writer, but also because he has so many
interesting and provocative things to say.
— Dominic Sandbrook - Sunday Times (UK)

A clear-eyed, incisive, and superbly balanced account of Churchill, the man and the myth. Wheatcroft shows how a deeply flawed character, with outdated views on empire and race even by the standards of his own time, but a ‘Rossini of rhetoric,’ caught a wave of history in 1940 and became the darling of the British and American Right. Much to think about in the twenty-first century.
— Robert Gildea, professor of Modern History, University of Oxford, and author of Empires of the Mind

Provocative, clear-sighted, richly textured, and wonderfully readable, this is the indispensable book on Churchill for the post–Brexit 2020s: of unmissable and sometimes uncomfortable relevance to both British exceptionalists and those who fail to understand the seductive allure of that exceptionalism.
— David Kynaston, author of Tales of a New Jerusalem

Hagiographers beware; Wheatcroft has skewered the cult of Churchill hero worship. This book reminds us that while Churchill was Britain’s savior in 1940, his views on race and empire, and his military debacles from the Dardanelles to Dieppe, make it unwise to revere him like a saint.
— Samir Puri, author of The Great Imperial Hangover

A provocative
reevaluation of an iconic figure.
— Booklist, starred review

Fans of history will
find much value in this readable work.
— Library Journal