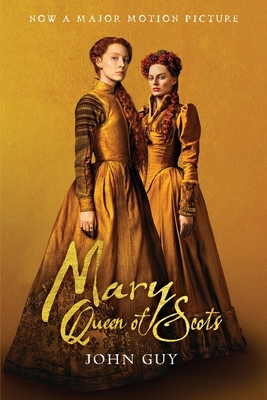 
Not On Our Shelves—Ships in 1-5 Days
NOW A MAJOR MOTION PICTURE starring Saoirse Ronan and Margot Robbie. A biography "as enthralling as a detective story," of the woman who reigned over sixteenth-century Scotland (New York Times Book Review).

In Mary Queen of Scots, John Guy creates an intimate and absorbing portrait of one of history’s most famous women, depicting her world and her place in the sweep of history with stunning immediacy. Bringing together all surviving documents and uncovering a trove of new sources for the first time, Guy dispels the popular image of Mary Stuart as a romantic leading lady—achieving her ends through feminine wiles—and establishes her as the intellectual and political equal of Elizabeth I.

Through Guy’s pioneering research and superbly readable prose, we come to see Mary as a skillful diplomat, maneuvering ingeniously among a dizzying array of factions that sought to control or dethrone her. It is an enthralling, myth-shattering look at a complex woman and ruler and her time.

First published in 2004 as Queen of Scots
John Guy is an award-winning historian of Tudor England. A Fellow of Clare College, Cambridge, he is the author of Queen of Scots: The True Life of Mary Stuart, a major international bestseller that won the Whitbread Award and the Marsh Biography Award and was a National Book Critics Circle Award finalist. His other books include A Daughter's Love: Thomas More and His Dearest Meg; Thomas Becket: Warrior, Priest, Rebel; and a landmark, bestselling history of Tudor England.

"Spirited and satisfying....Guy's account has all the twists and turns of a good thriller--and plenty of horror, too." Kirkus Reviews

"Queen of Scots is a triumph of biography, artistry, and historical detective work. John Guy has produced a masterpiece, full of fire and tragedy." --Amanda Foreman, author of Georgiana

"A definitive biography. . . . Reads as thrillingly as a detective story, and is rich in detail and authoritative in its analysis." --Miranda Seymour, The Sunday Times

"I couldn't put this book down....Never before has [Mary's story] been told with such detail, accuracy, insight and drama." --Gerard DeGroot, Scotland on Sunday —