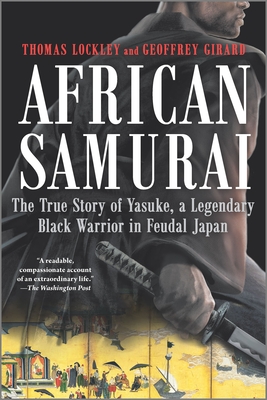 
Not On Our Shelves—Ships in 1-5 Days
"A readable, compassionate account of an extraordinary life." --The Washington Post

The remarkable life of history's first foreign-born samurai, and his astonishing journey from Northeast Africa to the heights of Japanese society.

When Yasuke arrived in Japan in the late 1500s, he had already traversed much of the known world. Kidnapped as a child in Northeast Africa, he served as a bodyguard to the head of the Jesuits in Asia, traveling to India and China, and eventually arriving in Japan, where everything would change.

Most Japanese people had never seen an African man before. Some believed he was a god. Others saw him as the black-skinned Buddha.

Among those drawn to him was Lord Nobunaga, head of the most powerful clan in Japan, who made Yasuke a samurai in his court. Soon, Yasuke was learning the traditions of martial arts and ascending the upper echelons of Japanese society, where he would live on to become a legend for the centuries to come.