The Economy of Obligation: The Culture of Credit and Social Relations in Early Modern England (Early Modern History: Society and Culture) (Paperback) 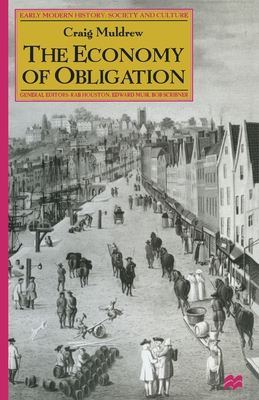 The Economy of Obligation: The Culture of Credit and Social Relations in Early Modern England (Early Modern History: Society and Culture) (Paperback)


Not On Our Shelves—Ships in 1-5 Days
(This book cannot be returned.)
This book is an excellent work of scholarship. It seeks to redefine the early modern English economy by rejecting the concept of capitalism, and instead explores the cultural meaning of credit, resulting from the way in which it was economically structured. It is a major argument of the book that money was used only in a limited number of exchanges, and that credit in terms of household reputation, was a 'cultural currency' of trust used to transact most business. As the market expanded in the late-sixteenth century such trust became harder to maintain, leading to an explosion of debt litigation, which in turn resulted in social relations being partially redefined in terms of contractual equality.
CRAIG MULDREW is Lecturer in the History Department and member of Queens' College, University of Cambridge. He has been a lecturer at University of Exeter and a Jean Monnet fellow at the European University Institute, Florence.