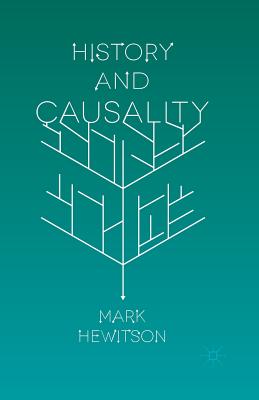 
Special Order—Subject to Availability
This volume investigates the different attitudes of historians and other social scientists to questions of causality. It argues that historical theorists after the linguistic turn have paid surprisingly little attention to causes in spite of the centrality of causation in many contemporary works of history.
Mark Hewitson is Professor of German History and Politics at University College London, UK. His publications include National Identity and Political Thought in Germany (2000), Germany and the Causes of the First World War (2004) and Nationalism in Germany, 1848-1866 (Palgrave Macmillan, 2010).