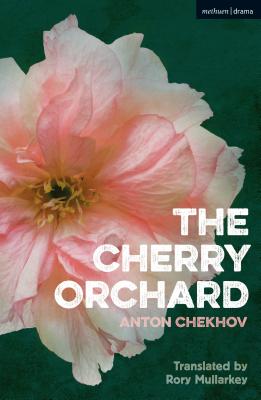 A civilised and complacent culture is on the brink of collapse...

The tide of change is coming. Madam Ranyevskaya's liberal world of privilege and pleasure is beginning to show cracks, but she and her family live on in denial. Lopakhin wants to rescue Ranyevskaya. The hard-working son of one of her family's serfs, his new-found wealth can offer shelter and security to the woman he has loved since boyhood, but it will come at a high price.
Meanwhile, revolution hangs in the air, the poor and hungry are pushing at the doors, and the tutor Trofimov predicts a tumultuous change for everybody. Chekhov's final masterpiece is full of wild humour and piercing sadness in this fresh, funny and honest new translation by award-winning playwright and Russian speaker Rory Mullarkey. A portrait of changing times, it maps the building tensions between the desperate longing to hold onto what is familiar and the restless lure of the new.
Anton Chekhov (1860-1904), Russian physician, dramatist and author, is considered to be one of the greatest writers of short stories and modern drama. Born in Taganrog, a port town near the Black Sea, he attended medical school at Moscow University. He began writing to supplement his income, writing short humorous sketches of contemporary Russian life. A successful literary careered followed, before his premature death of TB at the age of 44. He is best-remembered for his four dramatic masterpieces: The Seagull (1896), Uncle Vanya (1899), Three Sisters (1901) and The Cherry Orchard (1904). Rory Mullarkey graduated in 2009 from Cambridge, after which he studied at the State Theatrical Arts Academy of St. Petersburg. A translator of Russian Drama, Mullarkey's translations have been produced by the ADC Theatre, The Royal Court and the Free Theatre of Belarus. Plays include Single Sex (Royal Exchange); Remembrance Day (Royal Court), Tourism (Headlong) and Come To Where I'm From (Paines Plough). Mullarkey spent 2010 as Writer-on-Attachment at the Royal Court Theatre, London, and 2011 as the Pearson Writer in Residence at the Royal Exchange, Manchester. His The Grandfathers was programmed as part of the National Theatre's 2012 Connections: Plays for Young People. In 2014, Rory Mullarkey won the Harold Pinter Playwriting Prize, the George Devine Award (jointly with Alice Birch) and the James Tait Black Prize for Drama for his play Cannibals, published by Methuen Drama.